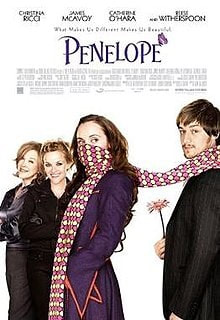 Synopsis
An old blood family is cursed – the first daughter born since the curse will have a pig snout for a nose and she won’t be able to get rid of it until “one of their own” loves her. Their first daughter since the curse is Penelope. Her mother, ashamed of her daughter’s nose, fakes her death and keeps her locked away in their house, forever on a search for a suitable boy to marry her. Every boy that meets Penelope, though, runs away in terror. Penelope must learn to live with her nose or find someone who will help break her curse. You can read a family-minded review of Penelope here.

Discussion Questions
Use these discussion questions to prompt a discussion with your family:

​Writing Prompts
Choose one or two of these writing prompts to get your creativity flowing:
GSA Graphic Organizers