Cooking The Books With Grace and Verity 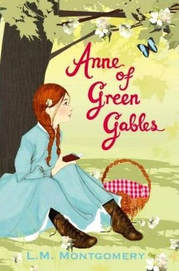 "Now, please help yourself, Diana," she said politely. "I don't believe I'll have any just now. I don't feel as if I wanted any after all those apples."
Diana poured herself out a tumblerful, looked at its bright-red hue admiringly, and then sipped it daintily.
"That's awfully nice raspberry cordial, Anne," she said. "I didn't know raspberry cordial was so nice."
"I'm real glad you like it. Take as much as you want. I'm going to run out and stir the fire up. There are so many responsibilities on a person's mind when they're keeping house, isn't there?"
When Anne came back from the kitchen Diana was drinking her second glassful of cordial; and, being entreated thereto by Anne, she offered no particular objection to the drinking of a third. The tumblerfuls were generous ones and the raspberry cordial was certainly very nice.
"The nicest I ever drank," said Diana. "It's ever so much nicer than Mrs. Lynde's, although she brags of hers so much. It doesn't taste a bit like hers."
"I should think Marilla's raspberry cordial would prob'ly be much nicer than Mrs. Lynde's," said Anne loyally. "Marilla is a famous cook.” 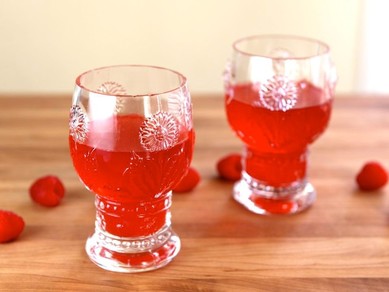 1. Clean and rinse the raspberries, then place them in a very large bowl.
2. Pour the lemon juice over the berries. Use a large spoon to stir the juice into the berries.
3. On the stovetop, heat 12 cups of water and 3 cups of sugar to a boil. Stir till the sugar dissolves. Remove from heat.
4. Pour the boiling water over the raspberries. Allow the water to cool for 1-2 hours to room temperature.
5.  Cover the bowl with plastic wrap or a towel that you don't mind staining. Place in the refrigerator to steep for 24 hours.
6. Pour the cordial through a fine mesh sieve to strain.
7. Push gently on the solids with the back of a spoon, if you wish, to extract more juice. This will produce a slightly cloudy effect in the cordial, which will settle at the bottom of the storage bottle, but it won't change the flavor. If you'd prefer a clearer cordial, do not press down on the solids-- just strain them.
8. Once you've strained the juice from the berries, you will find that the leftover berries are mushy and quite sweet. Save them in the fridge, they are terrific served as a topping for ice cream.
9. This recipe makes a large batch of cordial, which will store very well in the refrigerator if you use a clean gallon jug. You can easily halve the recipe if you don't need quite so much cordial.
To serve, mix 1 part cordial with 1 part water or seltzer water. If you prefer a less sweet drink, dilute the cordial to taste. Serve cold.